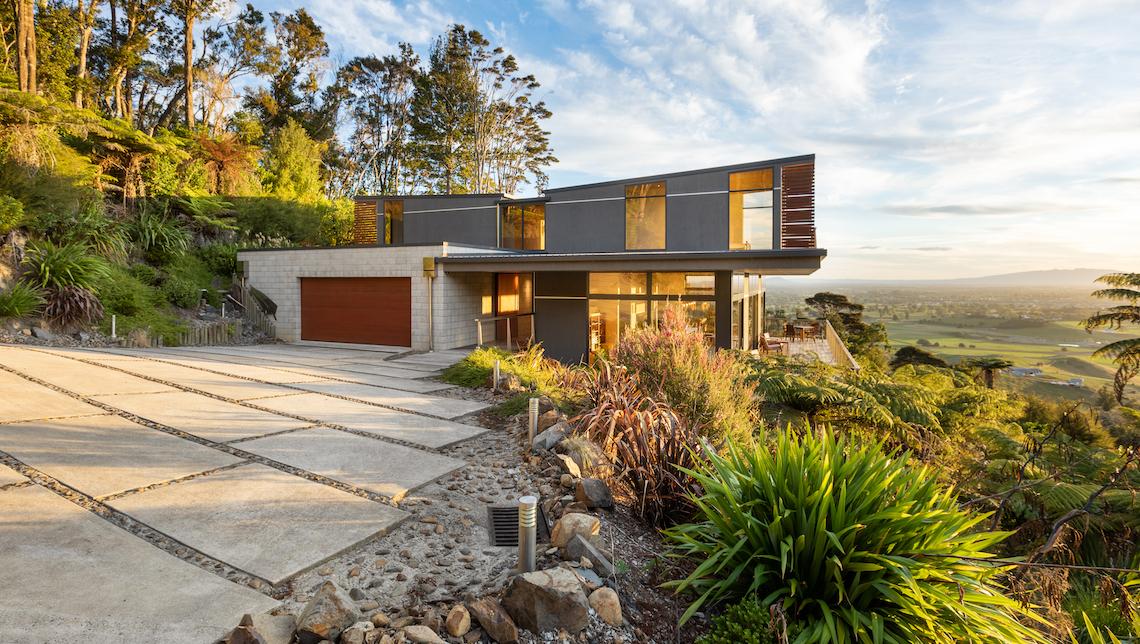 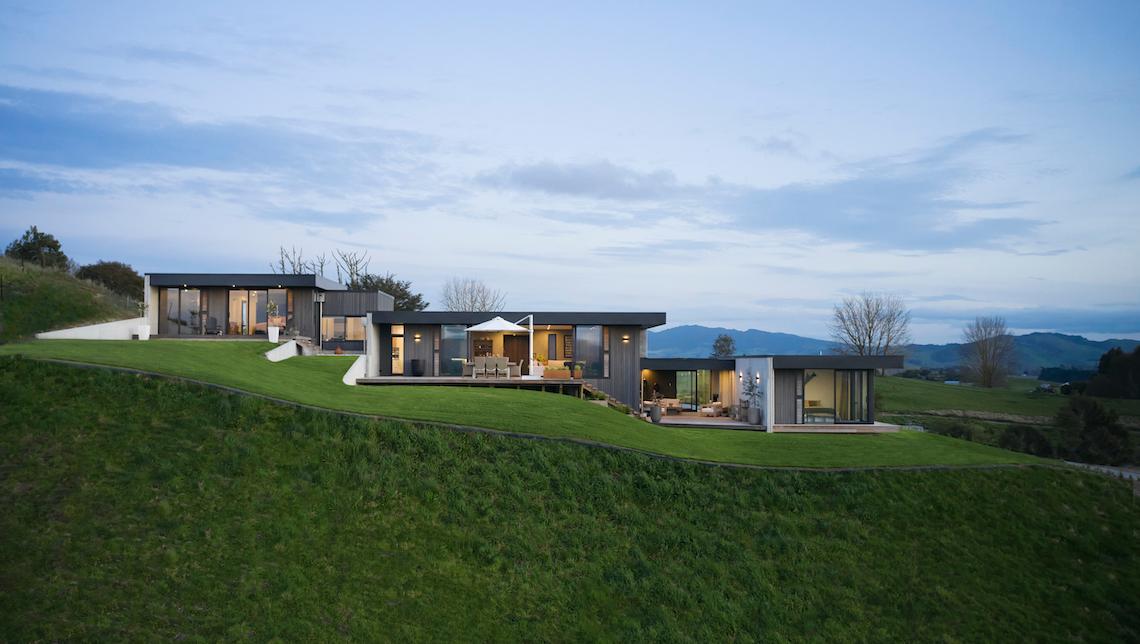 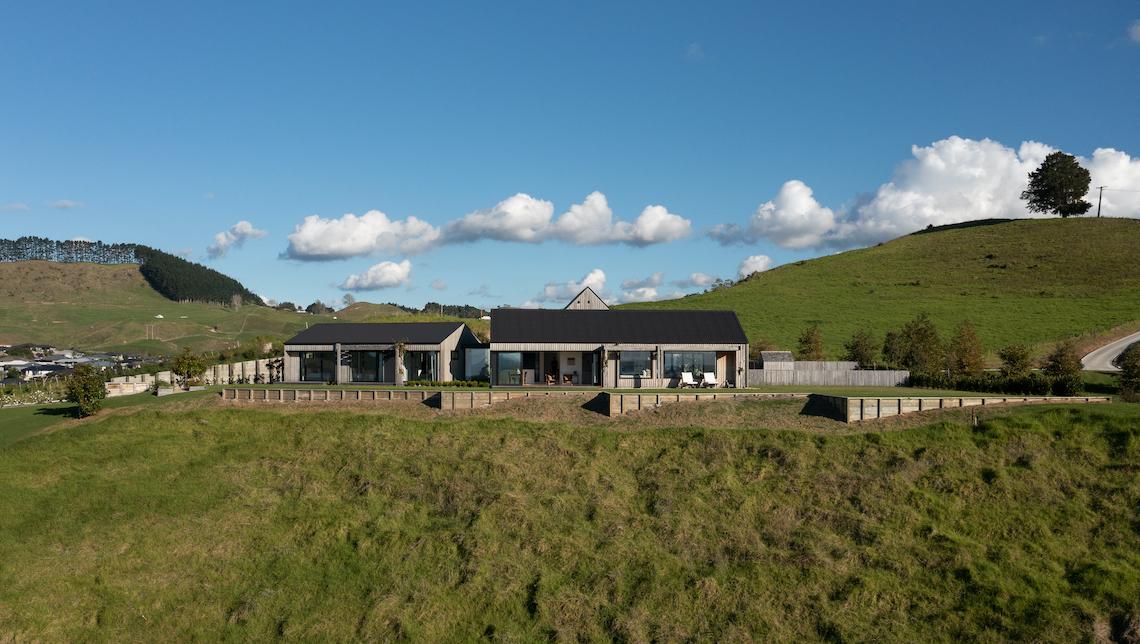 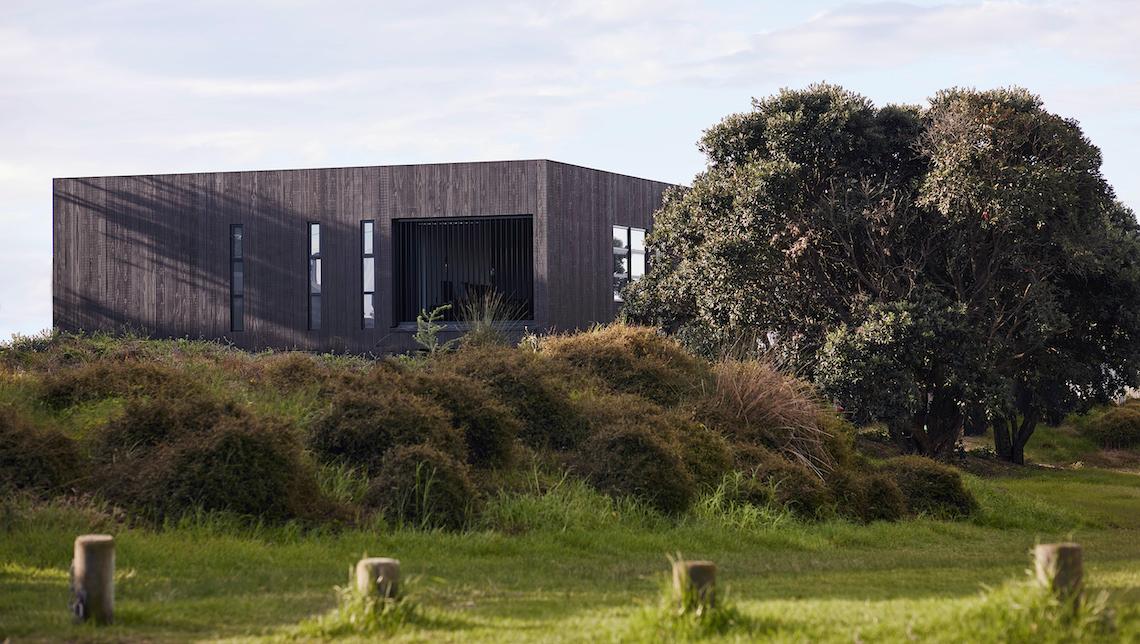 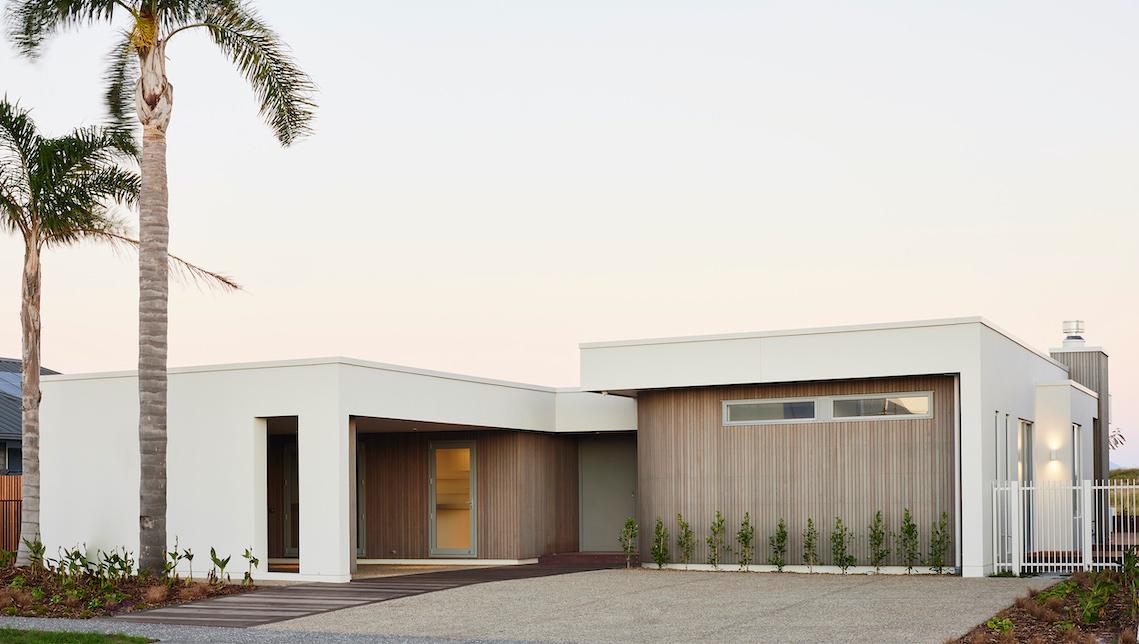 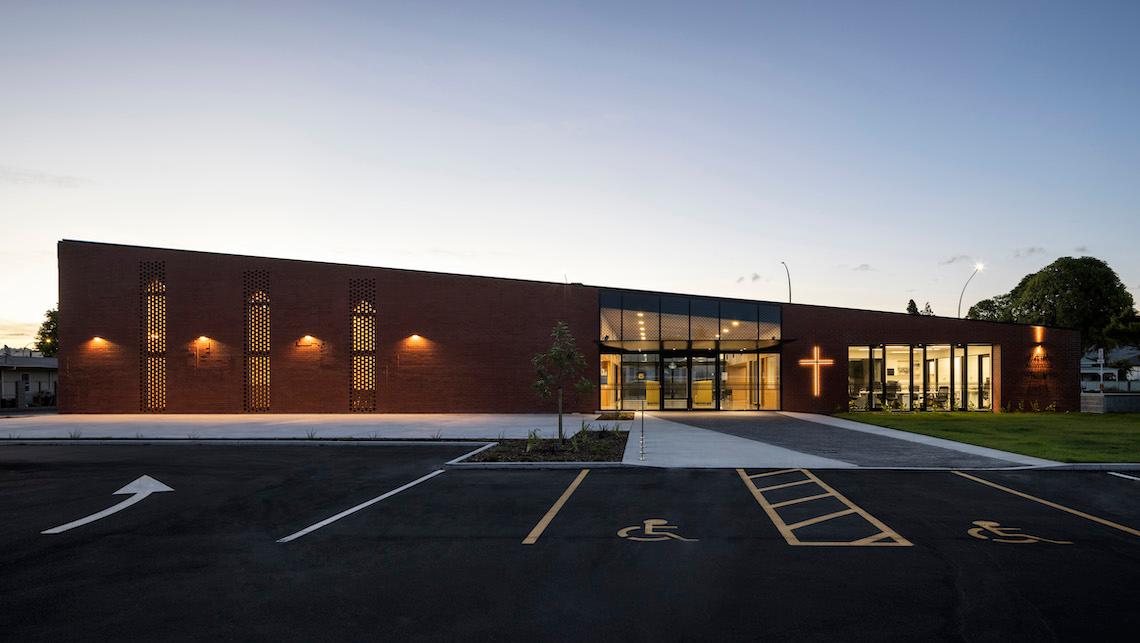 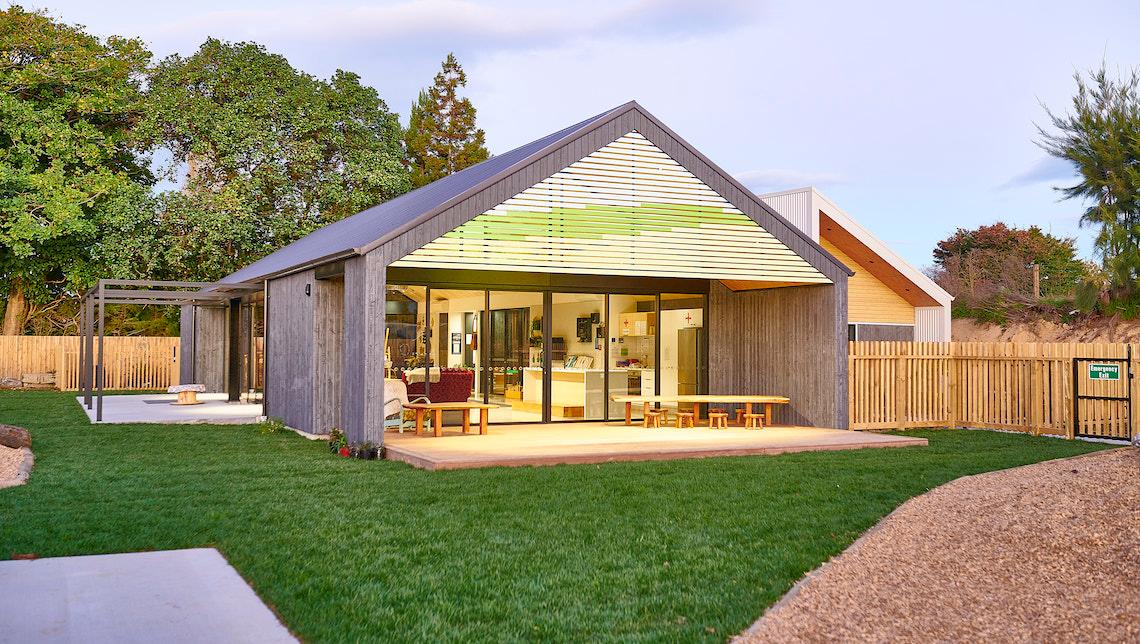 Hamilton was the host of the Bay of Plenty and Waikato Regional ADNZ Resene Architectural Design Awards on Friday 5 August and what a night it was.

Award entrants, ADNZ members and supporters, all turned out to celebrate the talented designers who took home awards.

Daniel Cullen of Cullen Keiser Architecture received the Waikato Regional Residential New Home over 300m2 Award for his work on ‘Amongst the Gully’.

Located on a steep, bush site in rural Cambridge, the contemporary home was carefully designed to suit the steep contour of the land and placed to leave the native fauna undisturbed. Positioned for maximum solar gain, and to showcase the incredible views of the surrounding bush and farmland, the master bedroom and living areas cantilever over the gully into the tranquil bush.

A contemporary low-lying home, it steps down the natural contour of the ridge in the foothills of Maungakawa mountain, providing expansive, panoramic views of the plains below. A low profile, multi-pod home, it has been built into the sloping ridge meaning minimal disruption to the skyline. It has been constructed with raw textures and a colour palette drawn from nature.

Adam Taylor of ata won the Bay of Plenty Regional Commended Award in the Residential New Home Between 150m2 and 300m2 category for his project ‘Mana Ridge’.

Walking the tightrope between rural and contemporary, ‘Mana Ridge’ has three modest gabled forms, sympathetic to its prominent position, that will gently patina as time passes. Gathering common use spaces, Adam arrayed each cluster across the valley head. Living and sleeping wings orient North to passive design principles with utility spaces nestled behind. Deliberately simple, the material palette perfectly complements the arrangement.

‘Palm Springs’ located in Papamoa, Tauranga, is a unique show home that sits comfortably with the Palm Springs aesthetic. It is practical, liveable and environmentally conscious. Jon approached the design with a Mid Century modern philosophy.

Judges said the brief for this new church was for it to be a place of God that connects to the community with flexible, welcoming spaces, while also honoring the past. It needed to be functional for the present, while also future focused and multi-cultural/generational.

“The design response is a modest building that is visually open and engaging with flexibility to serve the church’s community ministries. The use of red brick veneer creates a strong link to the past while also being residential in scale and nature. It also responds to the site’s context, with openings in the brick allowing control of light, privacy and mood of the interior spaces through the creation of perforated apertures, with light bleeding softly through,” said the judging panel.

Andrew Ward of mod Architecture won the Bay of Plenty Regional Commended Award in the Commercial/Industrial category for his work on Te Puna Kindergarten.

Located in Te Puna, the Kindergarten required a new purpose-built building that could also serve the broader community outside operational hours. The design response consisted of two pavilions separated by a central spine as the main entry. Northern light could enter a southern pavilion while also providing a clear delineation between the areas where the children should be and where they should not. After hours, community-based groups can use the southern pavilion without accessing the main building.

The next Regional Awards are in Dunedin on 12 August for the Otago/Southland region.