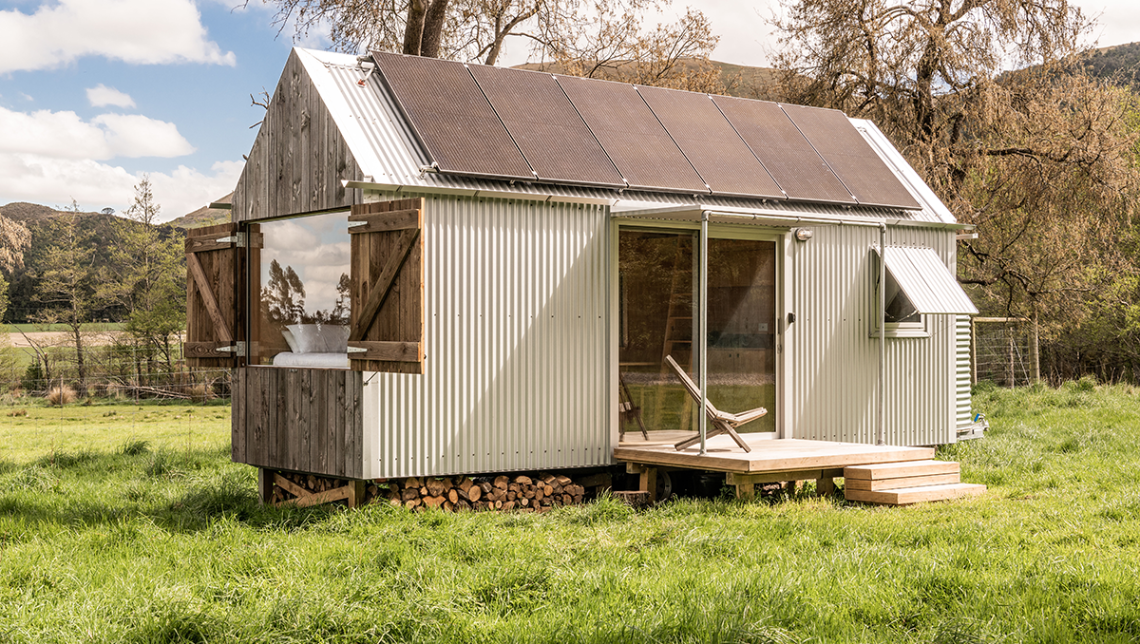 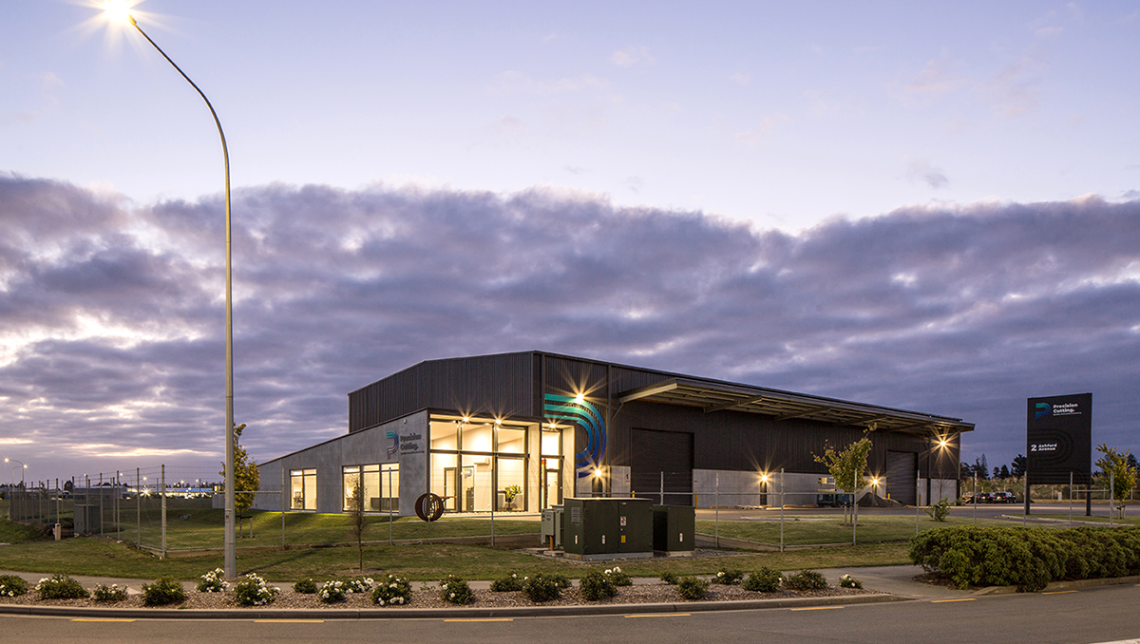 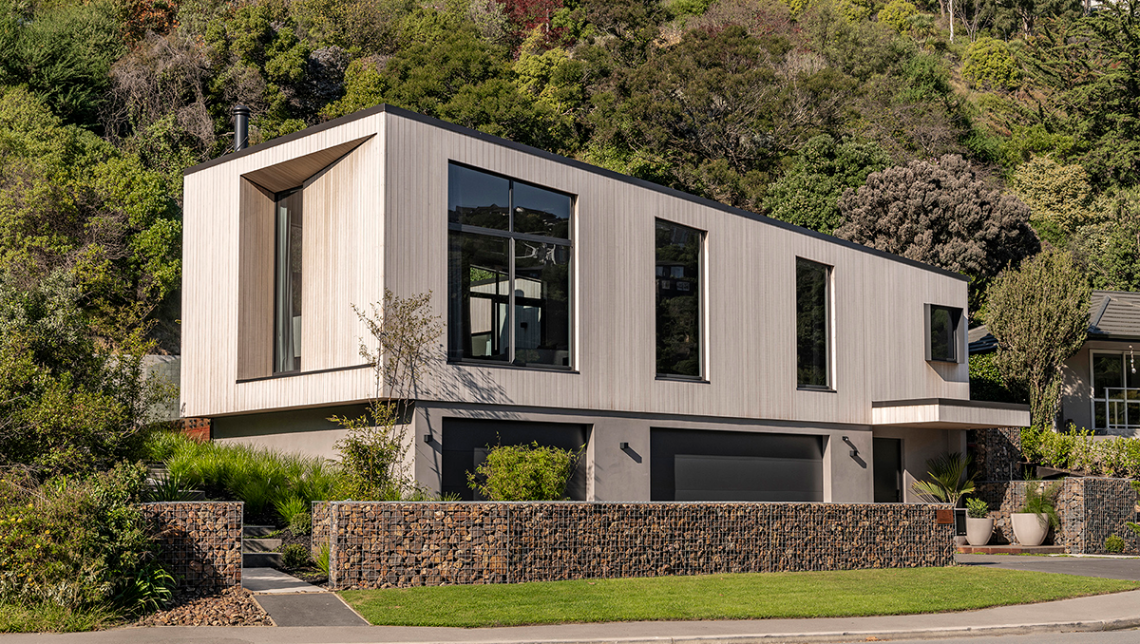 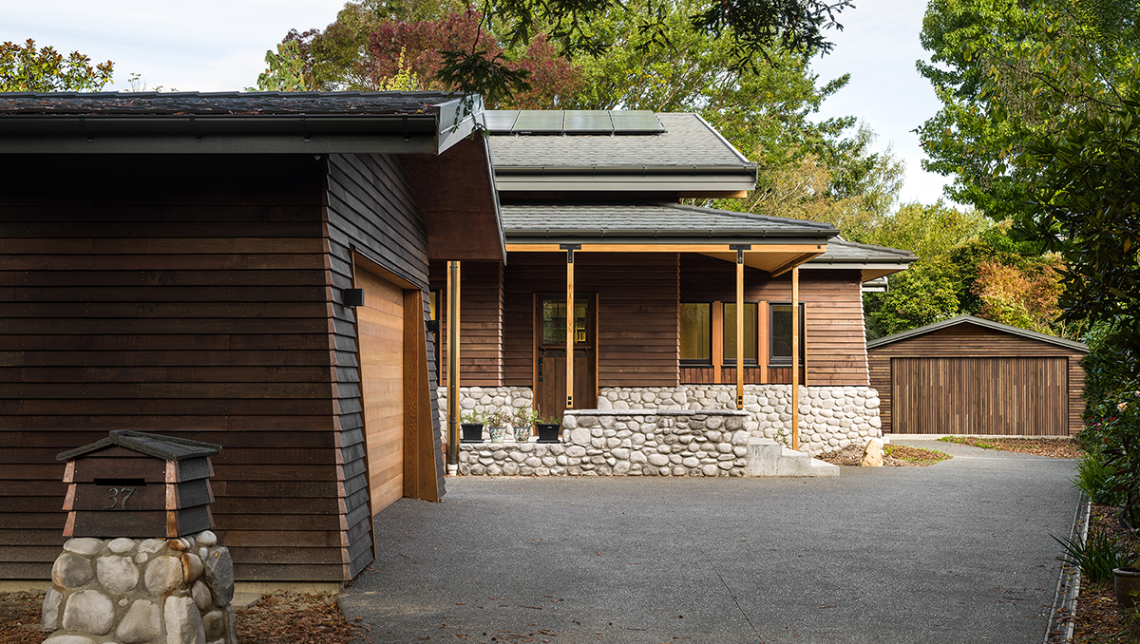 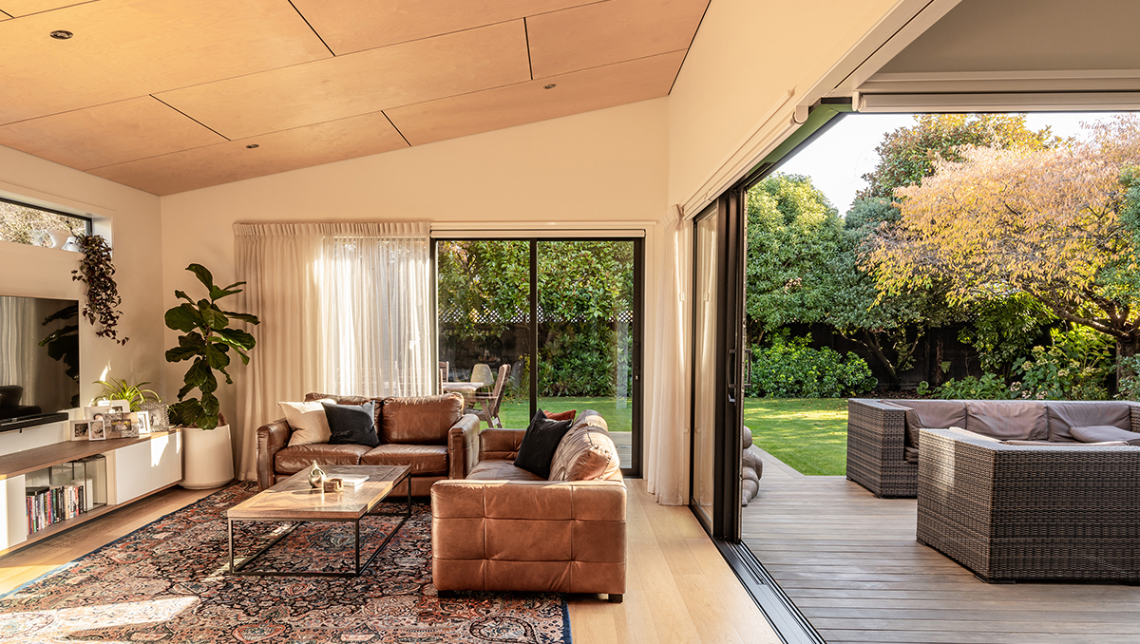 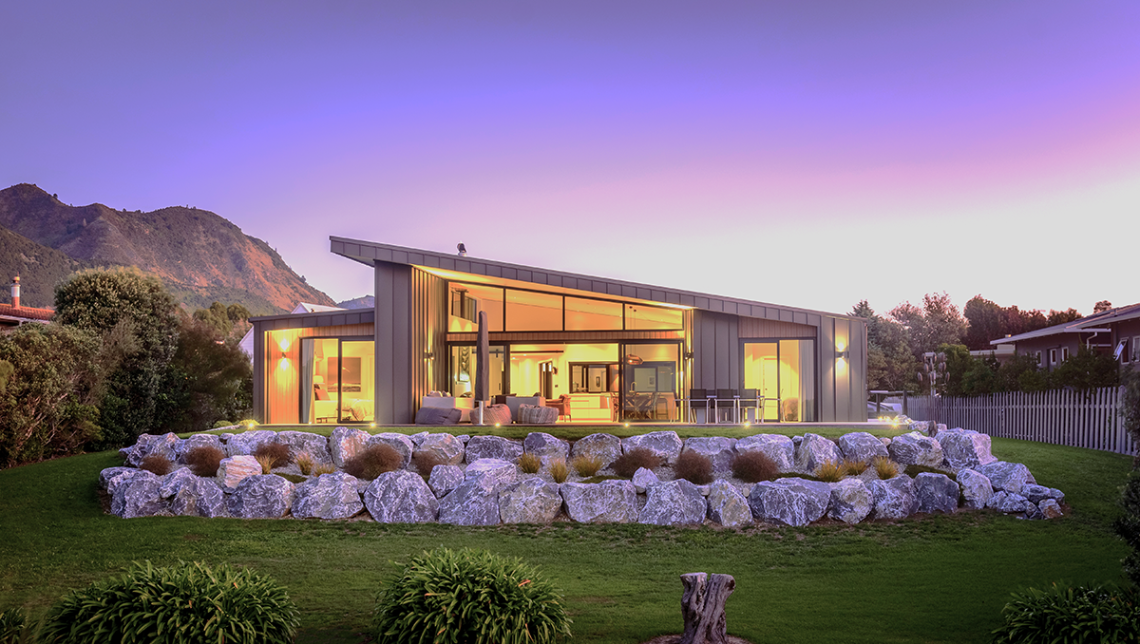 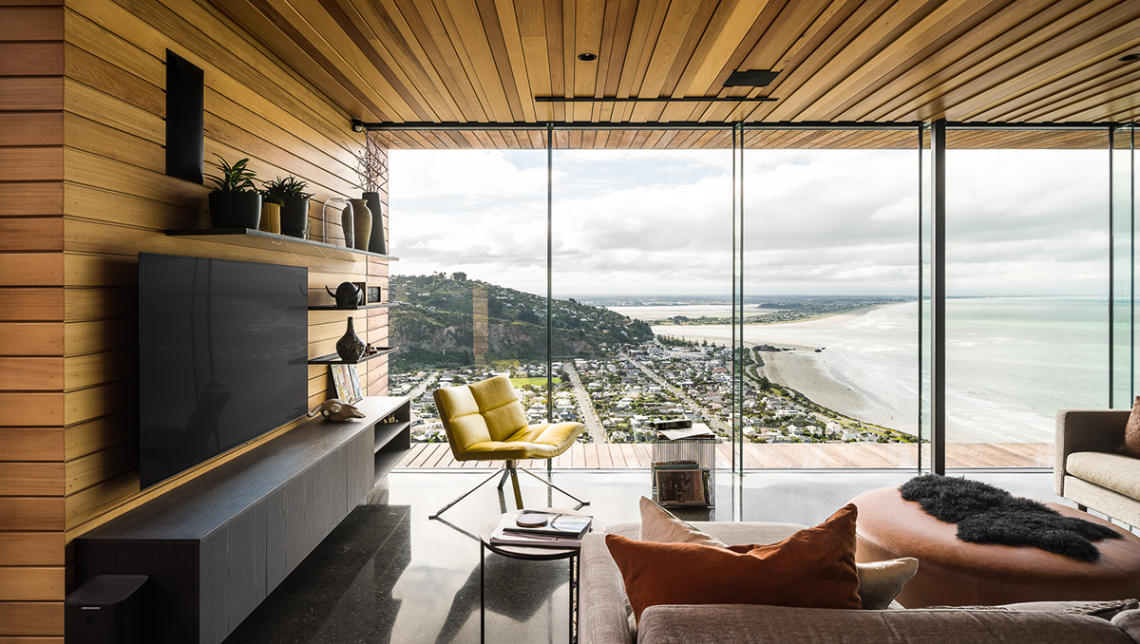 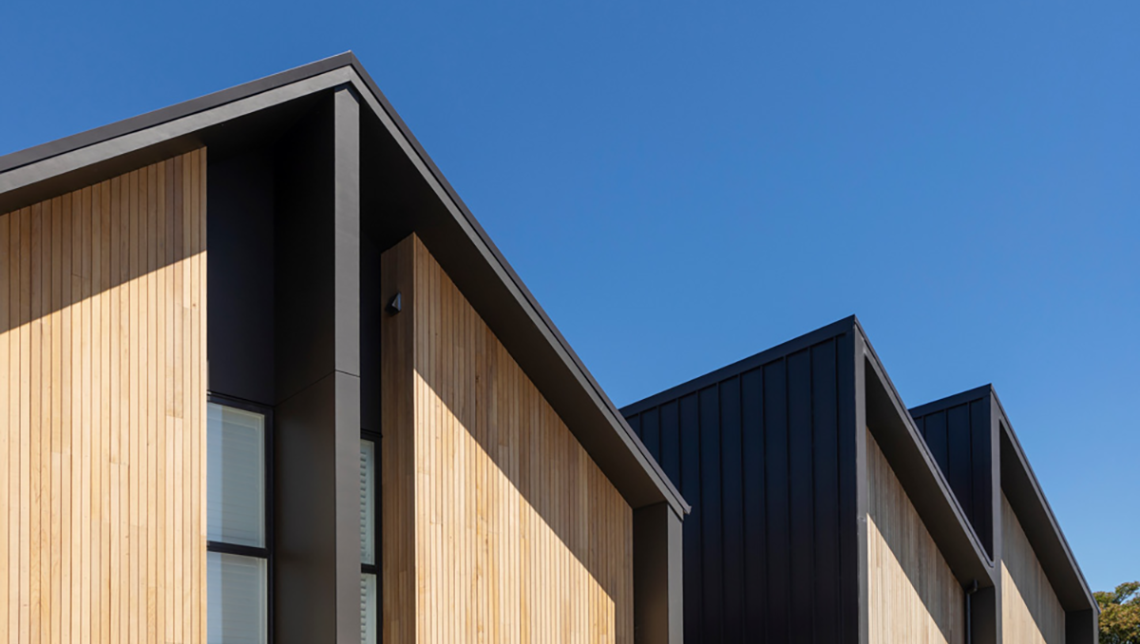 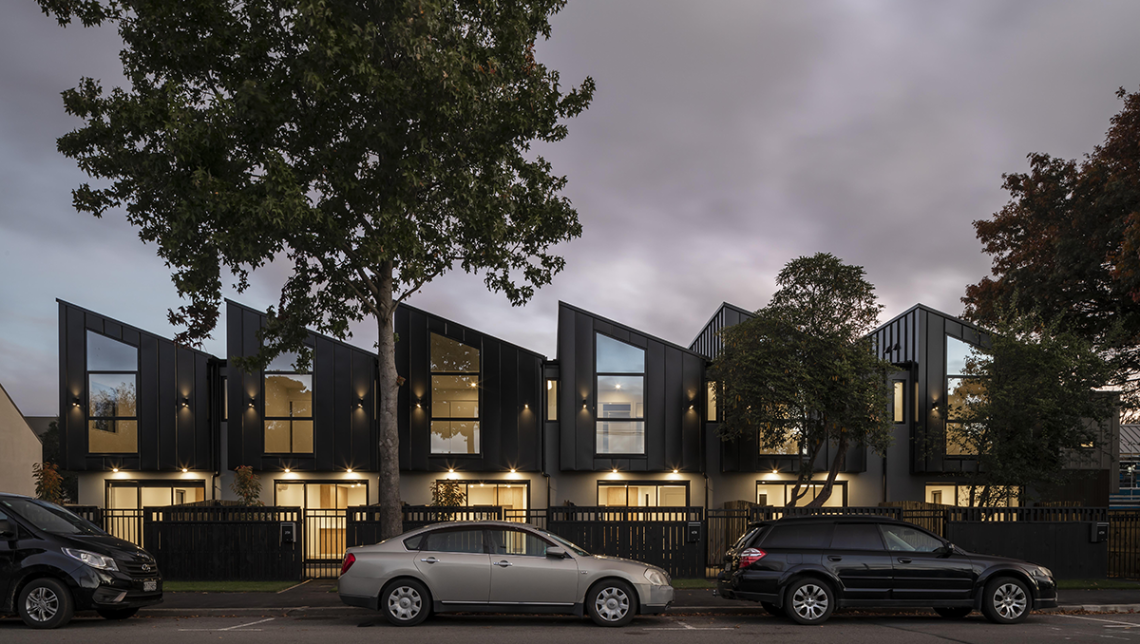 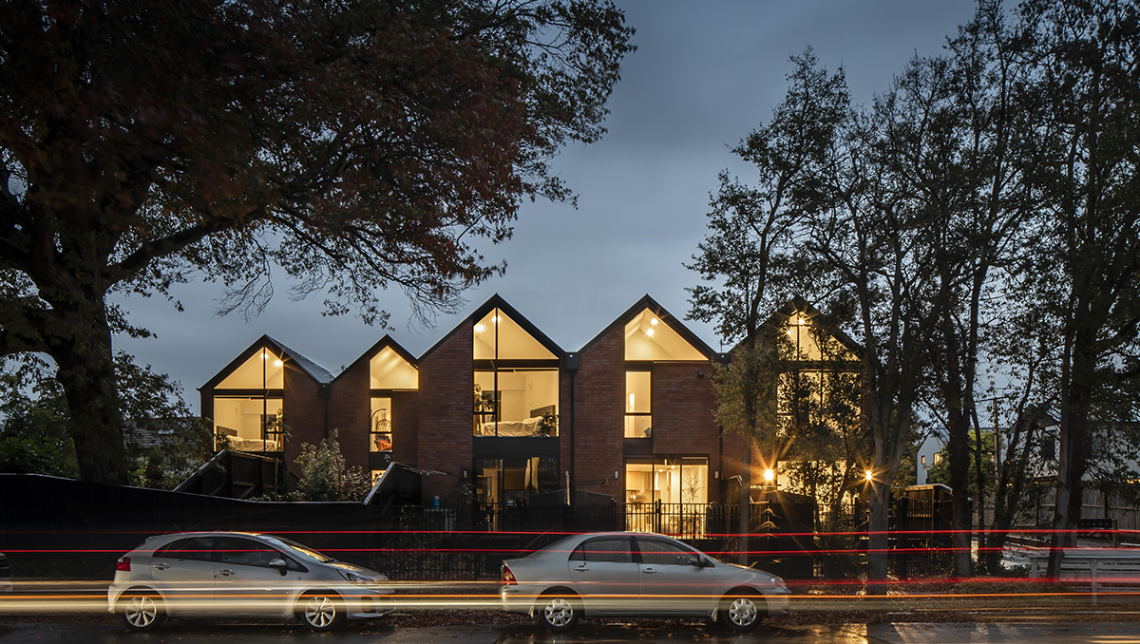 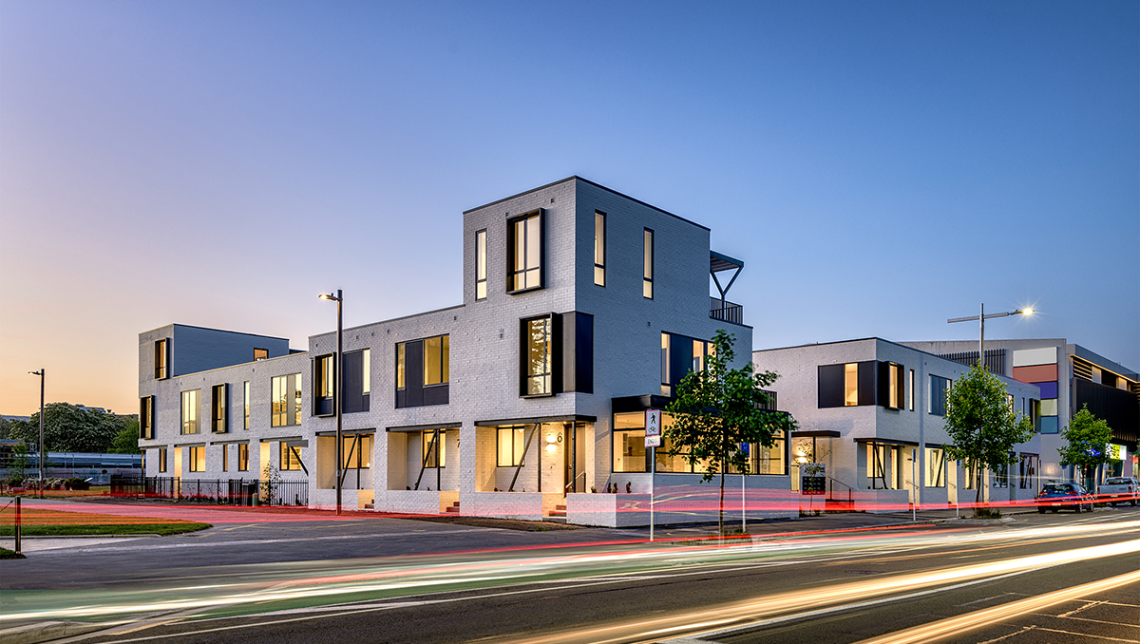 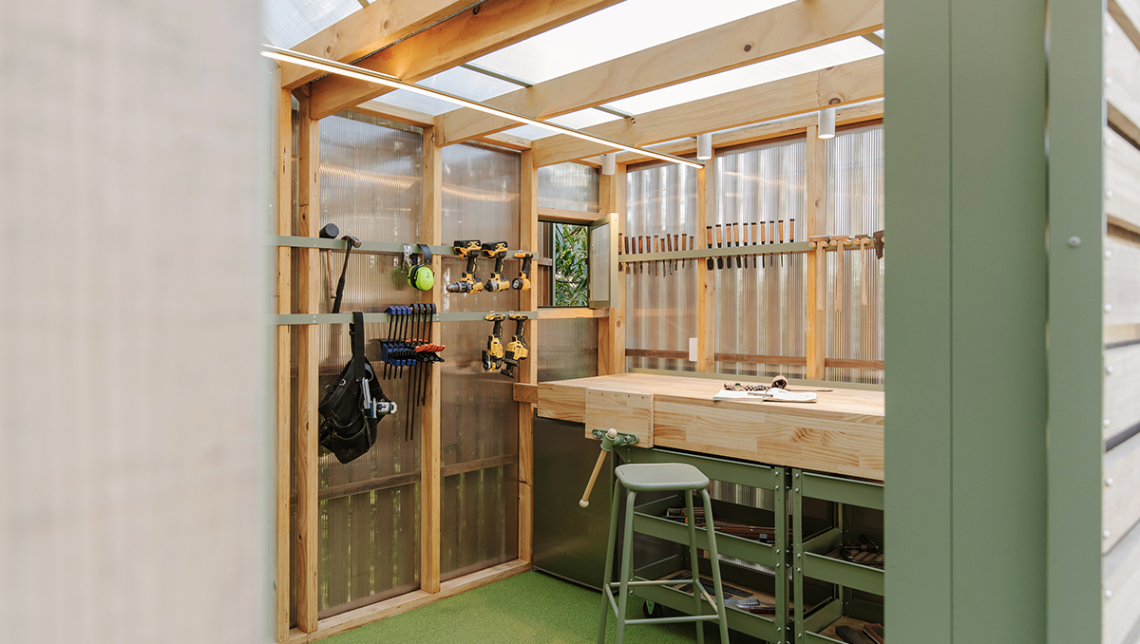 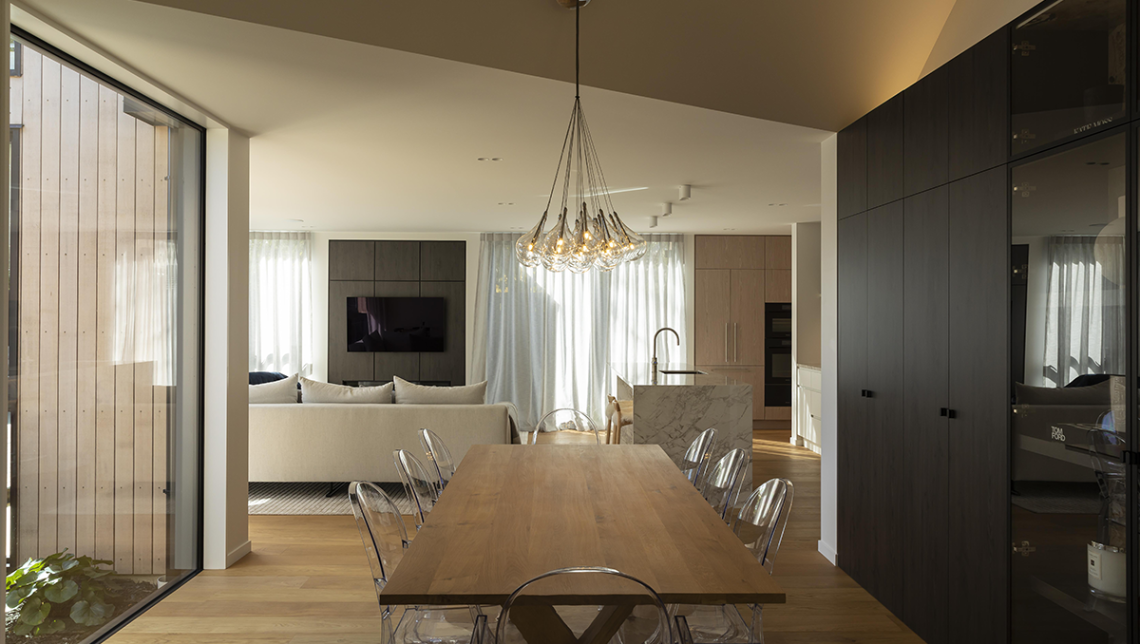 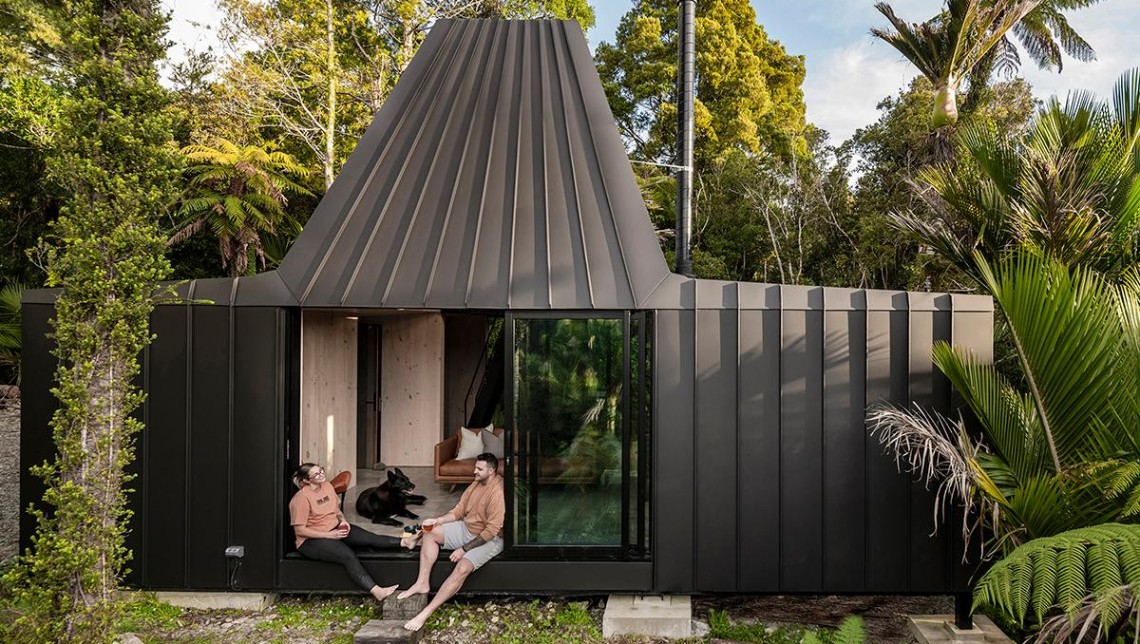 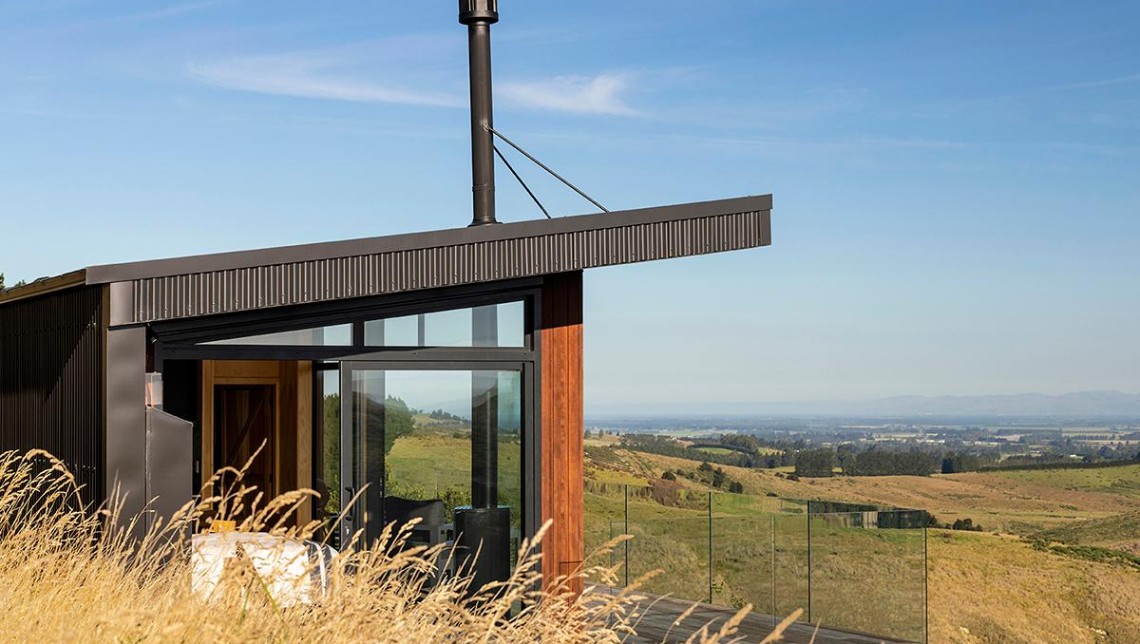 Ben Comber of Studio Well won the Residential Compact New Home up to 150m2 Award for an extremely cool micro cabin located in Pudding Hill, Canterbury. The retreat is fully transportable, adaptable to different environments with the ability to seasonally migrate from its current roost at the foothills of Mount Hutt. The antithesis of “bigger is better”, the retreat focuses on achieving quality finishes within a small, but seemingly spacious footprint of 17.3 square metres. Featuring an off-grid solar system, composting toilet and rainwater tank ensures that the retreat has a truly light environmental footprint.

Mitchell Coll won an incredible five awards for his work on four projects located in the West Coast, Akaroa and Christchurch city.

Coll’s Akaroa project ‘Nightlight’ won the Regional Resene Colour in Design Award. It was created as a place for tool storage and to provide services, while the homeowners build their forever home on the land.

Another big winner on the night was Sam Connell of Figure & Ground who won four awards for four outstanding projects.

A Merivale development on Aikmans Road by Connell received a Highly Commended in the Residential Multi-Unit Dwelling category. These six distinctive townhouses showcase a contemporary aesthetic and desirable street appeal.

After losing their home to a devastating fire, the clients of the homestead wished to rebuild on the beautiful site with a nod to the former villa that once stood on the property. The new home is a T-shaped layout of simple wings, allowing separation between the interior spaces while still providing spaces of connection.

‘Glenstrae’, located on a sloped site in Redcliff’s offers stunning views of McCormack’s Bay all the way to South New Brighton. The design embraces the striking views, while still retaining a private and cosy setting that is sympathetic to the character and landscape of the established area.

Greg Young of Young Architects won the Residential Interiors Award and a Highly Commended in the Residential New Home over 300m2 category for an incredible concrete family home on the hills of Scarborough. Concrete was a necessity on this very steep, geotechnically challenging site, so Young Architects chose to embrace it. The home is efficient, permanent, and easy to live in, with a design that focusses on being a part of its environment rather than dominating it.

Pippin Wright-Stow of F3 Design won the Commercial Interior Design Award for the fit-out for Three Boys Brewery. Three Boys is a brewery with a history long before craft beer was the ‘in thing’ in Aotearoa. The fit-out of the brewery is first and foremost functional. Mix that with the old warehouse it is situated in, and you start to get that old school factory feel that drives the creative look and feel of the place.

Craig South of South Architects Limited received a Highly Commended in the Residential New Home over 300m2 category for a sculptural located in suburban Christchurch with a beautiful outlook towards the stream. This home breaks the architectural norm with its sculptural form. The home enjoys a natural material palette of concrete, copper, and timber, bringing longevity to the home with the materials used.

Marcus Stufkens of Stufkens+Chambers Architects won the Residential Multi-Unit Dwelling Award for a central CBD apartment complex. This project is a result of the clients brief to create a mixed-use development that is desirable to live in and reintroduces a social ecology back into the city. The design is a two-three storey complex of 14 mid to high market quality residential units and four street facing commercial tenancies.

Aaron Jones of Urbanfunction received a Commended in the Residential Multi-Unit Dwelling category for a residential multi-unit project. In this project, the clients wanted to change the medium density landscape for what is typically expected of fringe city living. The approach of the development design was ‘terraces’. To use staggered forms that subtly announce a sense of address to each home while also maintaining high levels of privacy, solar gain and sound insulation.

For the Nelson region, Tony Karsten won a Highly Commended in the Residential New Home over 300m2 category for a home titled ‘Pohara Pavilions’. The five-bedroom, four-bathroom holiday house, located in Pōhara, Tākaka, allows space for intergenerational living while also creating opportunities to enjoy the freedom of being outdoors. The design includes three distinct buildings to provide plenty of space for those staying to enjoy. The spaces are linked by walkways and help create sheltered outdoor living zones that let natural light flood in.

The final regional ADNZ Resene Architectural Design awards are on Friday 26 August in Auckland. We will then wait in anticipation for the National Awards on Friday 28 October at Te Pae in Christchurch.