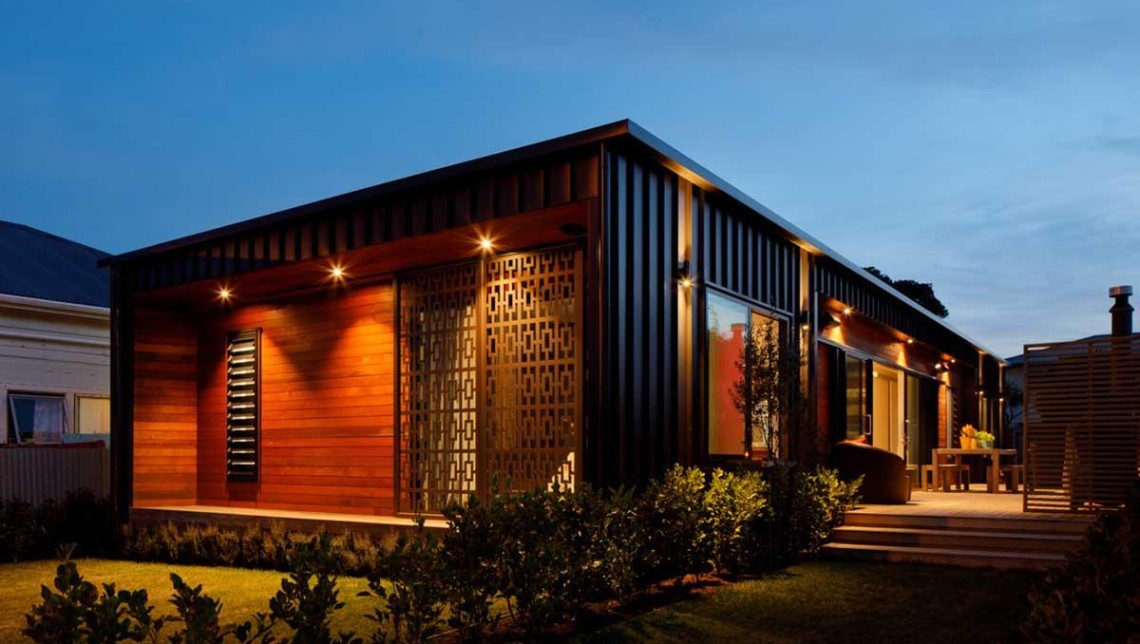 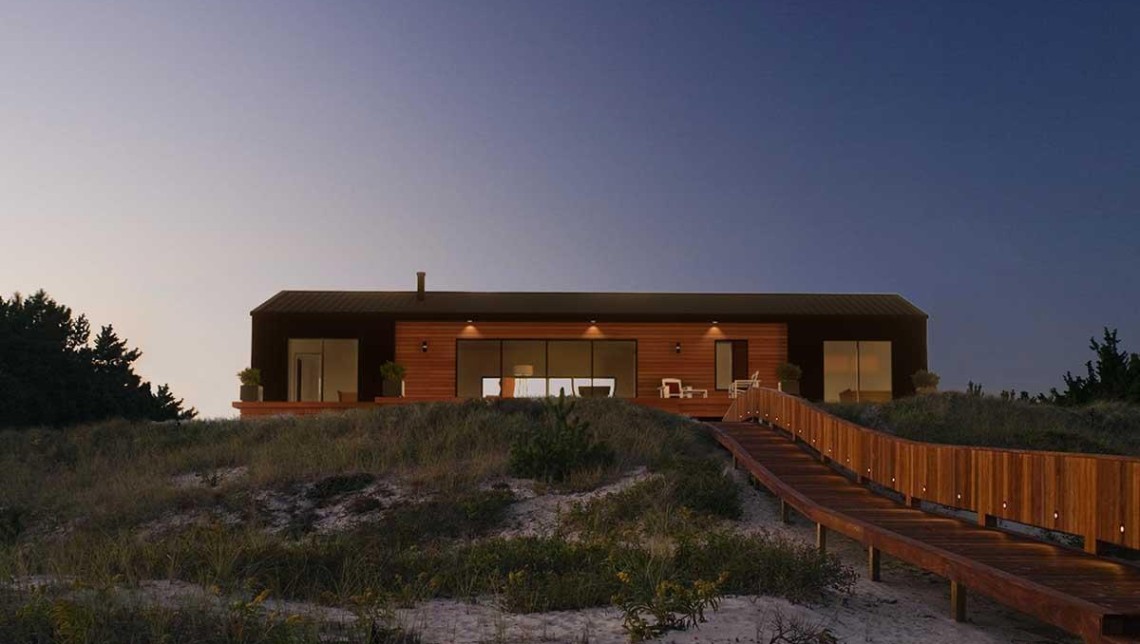 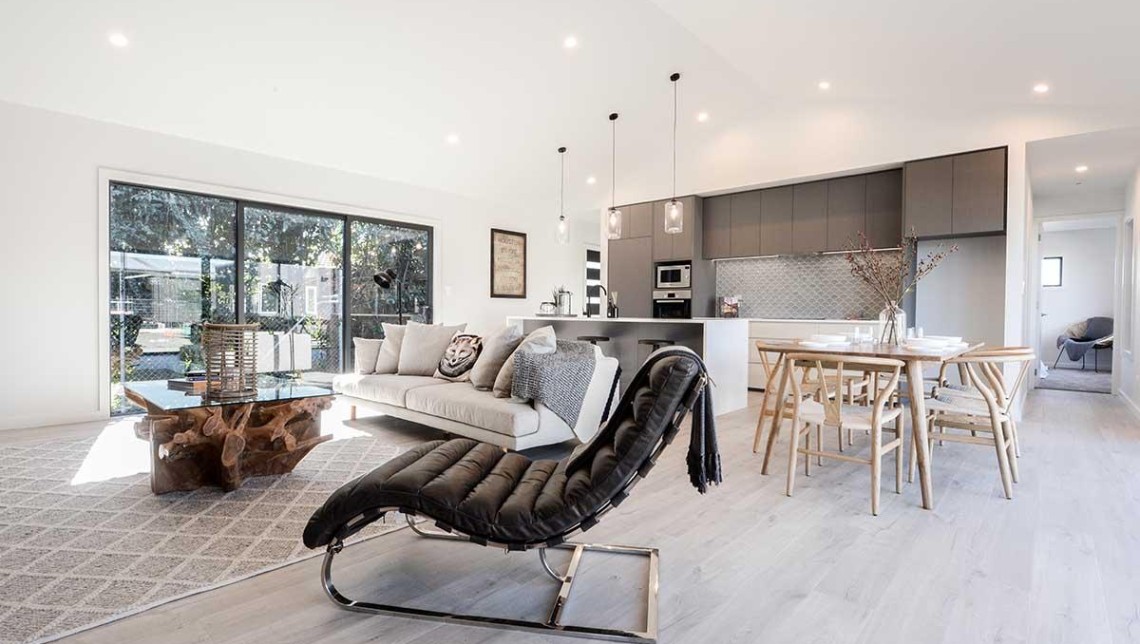 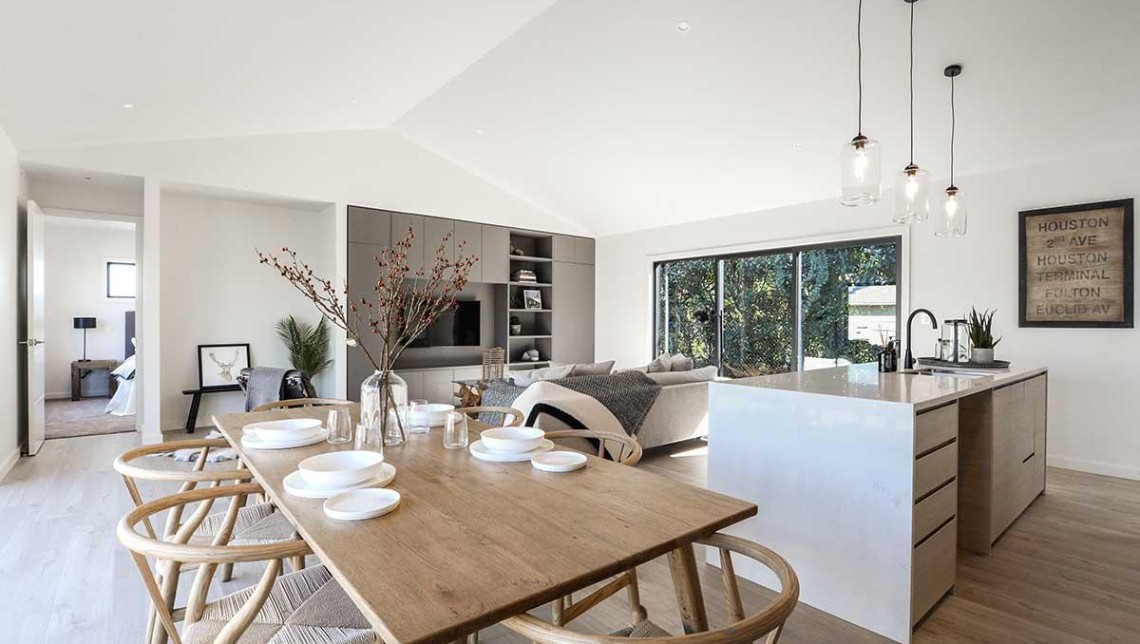 Lee Turner of Elevate Architectural Transportable Homes is the designer and director of one such company which has turned its attention to creating cleverly designed, sustainable, spacious, quality transportable homes.

“Being involved in the construction industry for 25 years and running my own architectural firm for more than 13 years, I was witnessing first-hand the effects of rising land and building prices. People were starting to look at alternative options and I could see the benefits of a higher quality prefabricated system. However, the reputation of transportable prefabricated homes at the time was not rosy and brought back dark memories of the cold, flimsy prefab classrooms that I spent much of my education in! As a designer I saw an opportunity to flip that perception on its head. Transportable buildings don’t need to be low quality, poky and unimaginative.”

This desire to create quality architecturally designed prefab homes has driven Lee and the Elevate team to design 14 standard transportable building models – ranging from a compact 70m² secondary dwelling style of home, up to a family friendly four-bedroom 148m² home. One of these designs received a commended at the regional round of the 2018 ADNZ Resene Architectural Design Awards.

Though more affordable than some options on the market, Lee stresses that the homes are on the higher-end and are not necessarily a cheap alternative.

“One of our goals is definitely to keep our homes cost effective and value for money, but equally important is ensuring that we’re coming up with new, innovative yet practical designs and that our reputation for quality construction, and proven, high-end features, finishes and fittings, is maintained,” says Lee.

Currently the firm has built 17 homes and has four under construction. There are several other homes in the initial design/pricing stage.

“We had an architect design a holiday home for us. We had to re-evaluate after getting building quotes back which were well above what we wished to spend. So, we started to look at options, such as moving a house on to our beach site. We then had a look at transportable homes online. We also wanted to have certainty on build cost and felt that the transportable would give us a lot more certainty around the price compared to building on-site.”

Lee says though the market in New Zealand is growing and projects like the Lawrence beach home exist, there is still some work to be done.

“Transportable housing is still a relatively new concept for New Zealand and bank policy seems to be trailing demand, with some banks still not lending for a transportable house build until it is on site. This means financing can be an issue for first-time home owners or people who don’t have the equity.

The banking industry is starting to come around. One bank is about to bring to the market a solution where they are financing transportables with a standard style loan as is offered for traditional onsite builds. Other banks will surely follow.

Another issue is that some developers and subdivision covenants won’t allow transportable homes or those less than the typical footprint of 200–250m². Unfortunately, this blanket ruling doesn’t take into account the vast differences in quality that the market can now offer in the transportable sector. The perception that all transportable homes are low in cost and quality is fast becoming dated and short sighted,” says Lee.

Despite these setbacks the Elevate team are finding workable solutions and believe changes to legislation will see more transportable homes enter the market.

“There is a real opportunity in New Zealand and globally to think about where and how we live. The houses we build need to be smaller, more efficient and maintain quality if we are going to cater realistically to increasing housing demand. This means well designed and constructed relocatable, prefab homes are becoming a very real contender as an alternative option for the future of New Zealand housing.”