Prefab - is it the answer? 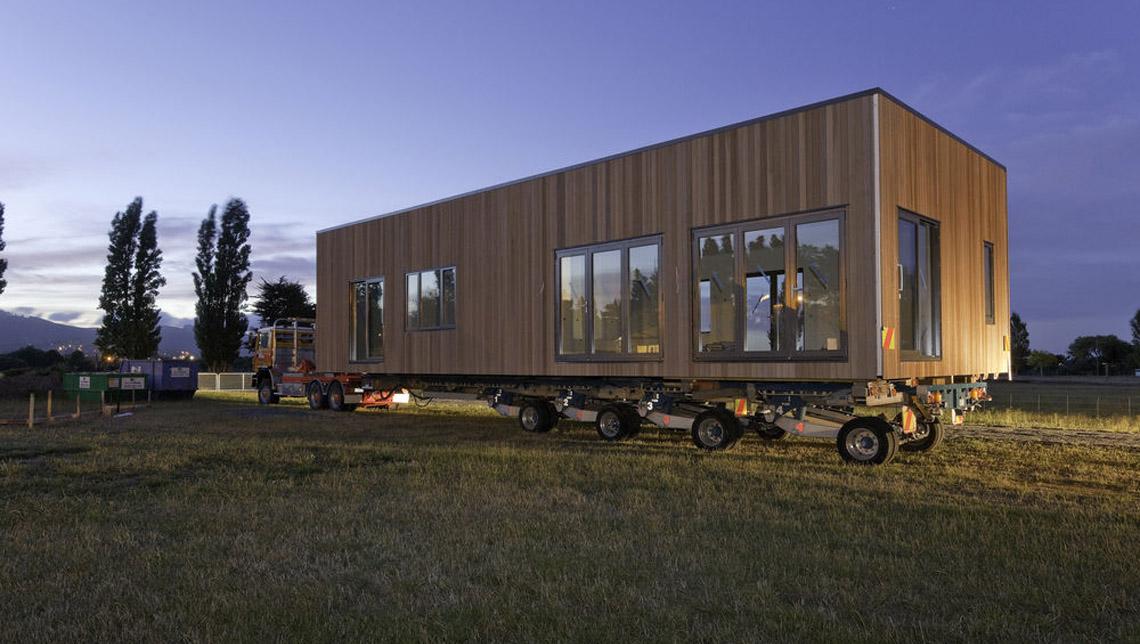 “We build most of our houses with one chippie, one labourer, one ute, one dog and one radio, and we celebrate it like it’s a good thing. But it’s not. It’s dumb,” says Guy Marriage .

A registered architect in Britain and NZ, a lecturer in construction, design and project management at Victoria University of Wellington and a member of the PrefabNZ Board, Guy Marriage has strong views on the state of housing in New Zealand and how prefab construction could be one of the answers.

“Prefabrication is a way of working that has been on the cards for a long time, and has been employed well in the past, but our current work practices need to change to pick it up again. We know that New Zealand is in the midst of a housing crisis, with not enough new houses being built, and we’re not the only country in the world suffering this problem. All over the world, in developed countries and under-developed countries, there is a huge push towards urbanisation. Alongside this is a need for new housing. One of the key ways that we need to supply these houses, is through the use of prefabrication. We simply cannot build enough the traditional way,” says Guy.

Returning to New Zealand from the UK in 2000, Guy worked for seven years at the Studio of Pacific Architecture and was one of the founding directors of First Light Studio. In his international career, he has worked on projects that range in scale from small homes, prefabricated houses, apartment buildings, shopping centres and multi-storey office buildings, to working on two of the largest underground railway stations in London at the Jubilee Line extension. In 2016 he designed and built his own house, which was featured on Grand Designs New Zealand. He swears that this will be the last non-prefabricated house he will ever build.

“The word for Architect originally meant master builder, but a better way of thinking about it now, is that it means we are a problem solver,” says Guy. “The hardest thing about solving the problems though, is not the technical joining of timber to timber. The truly tricky thing to solve is the money issue, and that’s the question PrefabNZ is battling to answer: how does the money flow smoothly, so the buildings can follow?”

Guy says an example of this is how banks are prepared to loan money on a house sitting on a piece of land, but when the house is in pieces in one place, and the land is somewhere else, most banks aren’t prepared to budge. PrefabNZ has been working hard to make some headway on this issue, and Guy says we can expect some announcements regarding this in the near future.

It’s Guy’s position that though New Zealand is in the grips of a housing crisis, it doesn’t need to be.

“We have a massive backlog of buildings that need to be built, and by buildings I don’t mean just stand-alone houses, but homes of all kinds, for all sorts of people. We need duplexes, townhouses, medium density homes and we need high density apartments in our biggest cities. What we don’t need is more and more houses delivered one by one, in identical shades of grey, each with its own fence, and a car to drive to work. We need to be better than that - and take this opportunity to build a better New Zealand, a more connected New Zealand, and a greener, cleverer New Zealand. Prefab is part of that story, part of that answer.”

*The views expressed in this article are those of Guy Marriage and do not represent Architectural Designers New Zealand.